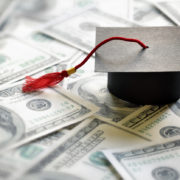 Rohit Chopra, Senior Fellow at the Consumer Federation of America is quoted as saying, “3,000 preventable student loan defaults each day in America is 3,000 too many.”  He went on to say, “Our broken system works well for the student loan industry, but is failing borrowers, taxpayers, and our economy.”

According to the Consumer Federation of America, the data validates recent claims made by federal regulators that service providers are putting borrowers at higher risk by purposely failing to help them find the best repayment plans for their needs.

Four major servicers are contracted by the US Department of Education to collect payments on loans.  The report notes that Navient, formerly Sallie Mae, has the lowest percentage of loans being paid using the PAYE and REPAYE plans, which are designed to help struggling borrowers.  Navient was sued in January by the Consumer Financial Protection Bureau for making it more difficult for borrowers to repay loans.  Navient has disputed all charges, and The Department of Education has declined to comment.

Many are wondering why such a rise in defaults given the strengthening labor market, lower unemployment, and higher wages.  Research shows that many borrowers in default never graduated and haven’t found consistent work.  One reason for the rise in the overall balance owed may be that more graduate students are borrowing.  The typical graduate school loan is much higher than undergrad.

The Obama administration tried to reduce debt defaults by highlighting plans that set borrowers’ monthly payments as a share of their incomes, and then ultimately forgive part of their balances.  Enrollment in the plan has grown steadily in the past few years.  President Trump proposed to offer a similar version of income driven repayment plans during his campaign.  So far, the administration has yet to announce details of such a plan.