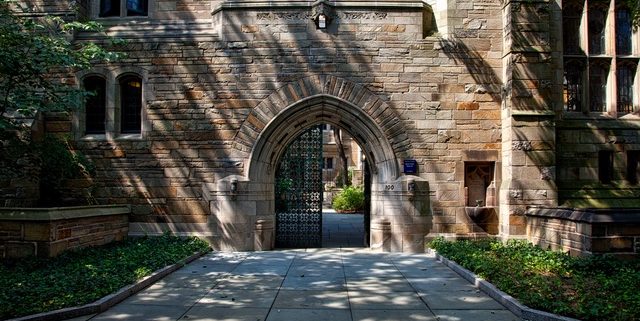 Dr. Andrew Hsu has been named the next president at the College of Charleston. Hsu currently serves as provost and executive VP for academic affairs at the University of Toledo. Hsu was chosen unanimously by the board of trustees and will succeed Interim President Stephen Osborne.

The UNC Board of Governors has named the CEO of UNC Health Care and dean of School of Medicine at UNC Chapel Hill, Dr. Bill Roper, to become the system’s new president. Roper takes over for Margaret Spellings, who announced her resignation in Oct, on January 1st.

***Stay up-to-date with all the changes in Higher Ed through HigherEd Direct…Try our database today for free HERE.

Birmingham Native to Take Over at Birmingham Southern

Daniel Coleman has been appointed to the presidency of Birmingham Southern College. Coleman previously served as the CEO of KCG Holdings before its sale in 2017. He will become the school’s 16th president this December.

Dr. Julie Murray-Jensen has been named the next president of Blackburn college. She is currently serving as the VP of Enrollment and External Affairs at Klamath Community College in Oregon. Dr. Murray-Jensen will become the school’s 17th president on January 14th.

The UCM Board of Governors has named Interim President Dr. Roger Best to become the institution’s 16th permanent president. Best said, “I am extremely honored to be a part of this tremendous institutions, and I have deep appreciation for the Board of Governors and their confidence in me.”

Next President Announced at Eastern Nazarene

Rev. Jack Connell has been named the 14th president of Eastern Nazarene College. Connell previously served as provost and dean faculty at Houghton College in NY. Rev. Connell will begin his tenure this month.

Dr. Rodney Reed has been selected as the next chancellor at Indiana Wesleyan – Marion. Dr. Reed has served the past decade as dean of Christian formation and university chaplain at John Brown University. He will begin his tenure as Chancellor on February 1st.

Riverside City College has appointed Dr. Gregory Anderson to become the school’s 12th president. Anderson said, “I’m deeply grateful to the Trustees, Chancellor Isaac and the RCC team who engaged their hearts and intellect in the hiring process.” Dr. Anderson will begin as president this January.

Dr. Mantosh Dewan has been announced as interim president of SUNY Upstate Medical University. He replaces Dr. Danielle Laraque-Arean who is leaving this December.

President of Northwood University, Keith Petty, has announced that he will retire at the end of this academic school year. Petty has served Northwood for the past 12 years and said, “Northwood University is a special place, and I am proud to have had the opportunity to serve this vibrant community of current and future leaders.” The university’s board has convened a presidential search committee to begin in the near future.

Ole Miss Chancellor Jeffrey Vitter announced on Monday that he will resign from his post at this end of this calendar year. Vitter became chancellor of the school in January of 2016 after serving as provost and executive vice chancellor at Kansas. Some students were surprised to hear about Vitter’s resignation. Sophomore Zoe Thaw said, “I feel like he did a great job while he was here, and I don’t know why he would be stepping down.” Others (Conservative Donors) cite the university becoming exceptionally divided under a progressive Vitter—with his pushing to remove the flag of the state, encouraging the prohibition of playing Dixie at football, a debacle with the selection of a new mascot, and other issues which they believe is causing athletics, enrollment and public image of the school to suffer.

Dr. David P. Haney has announced his resignation from Centenary University in New Jersey. Haney began his role as president on July 1st and will officially leave the school on June 30th, 2019.

Beverly Warren, Kent State University’s 12th President, has announced that she will not extend her presidency into 2020. Warren has been leading the school since January 2014 and will step away this upcoming June.